Since our last Sale & Purchase report in January, the market has kept an active pace with general all market segments showing signs of life, and certain markets even much more so. The prevailing mode is that the world economy is entering a growth phase and that logically shipping would be the major beneficial of it; actually, a lot of market pundits have come to believe that the worst is behind us in shipping, the bottom of the market behind us as well, and now it’s the last chance to get on the boat before she leaves port.

We have been more skeptical than the average pundit – but we have been known to be of a skeptical nature – and we think that the present wave of enthusiasm may be a tad too much given the overall state of the market, still.  Since our last report, we have had the opportunity to travel extensively and catch up with shipowners, charterers, banks, vessel managers, etc Certain markets such as older containerships remain abysmally bad, and several independent shipowners have been very concerned about the outstanding orderbook in every sector. Yes, indeed, independent shipowners have ordered vessels as well, but the majority of the ordering has taken place from financial players who have been riding fully the ‘eco design’ wave; to a certain extent, some of these financial players are the tail that wags the dog (rather than the charterers and cargoes) since they have been known to be placing orders and chasing markets that have been neglected during the present boom.

In the most recent developments, while China still remains that 600-pound gorilla that can move the shipping market with just a thrash of the dragon’s tail, there have been signs that the economy is slowing – despite the recently announced 7.5% official GDP growth for the next year; it’s an absolutely great number, but also absolutely interesting are the news that the Chinese government has been slowly devaluing the Chinese Yuan (CNY), that there has been the first major default of a real estate developer company in China for $500 million un-serviced ‘bond’, and that the shadow banking in China stands at an exorbitant $7.5 trillion dollars or about 85% of Chinese GDP (the numbers from last week’s front page graphic of the Financial Times.)

And just last week, Scorpio executed on a really impressive (risky nevertheless) ‘asset play’ maneuver, flipping their seven VLCC newbuilding orders in Korean yards to a US-based buyer (Genmar and/or Peter G.) for a capital gain of about $50 million for holding the orders for just a few short months; the price per vessel has been $105 million or so, about $7 million higher than the newbuilding orders, and the first time in more than three years that a VLCC changed hands above $100 million (actually more than five years, if one were to count only ‘arm’s length transactions’ where there was no involvement of seller / soft finance.) Believe it or not, there was a bidding war among several buyers for these vessels; all the buyers were sponsored by financial players; we caught several ‘old salt’ shipowners scratching their heads on the acquisition and pricing, and we noticed that although the words ‘VLCCs’ and ‘Fredriksen / Frontline’ are synonymous, ‘Big John’ has been conspicuously absent from all the gerrymandering in the VLCC space; either he knows something that the rest of the market doesn’t or the buyers of the Scorpio VLCCs know something that the market doesn’t know. For sure somebody better know more than the market. 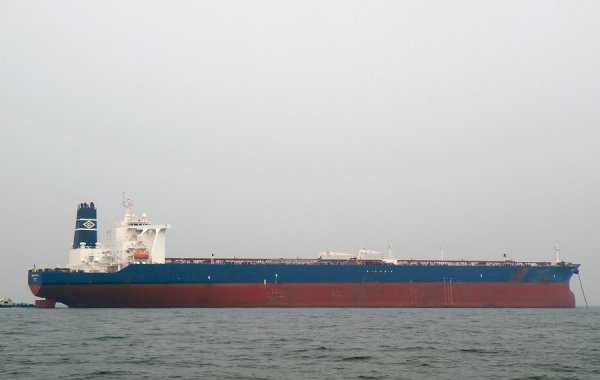 IMPORTANT DISCLAIMER:  Access to this blog signifies the reader’s irrevocable acceptance of this disclaimer. No part of this blog can be reproduced by any means and under any circumstances, whatsoever, in whole or in part, without proper attribution or the consent of the copyright and trademark holders of this website. Whilst every effort has been made to ensure that information herewithin has been received from sources believed to be reliable and such information is believed to be accurate at the time of publishing, no warranties or assurances whatsoever are made in reference to accuracy or completeness of said information, and no liability whatsoever will be accepted for taking or failing to take any action upon any information contained in any part of this website.  Thank you for the consideration.